Tim’s unique style of spinning and taste in tracks are what he is most renowned for. Ranging from High Octane through to Funky, Electro and Tribal House. 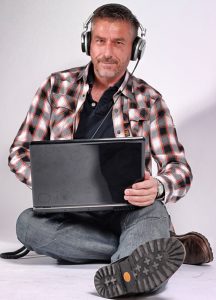 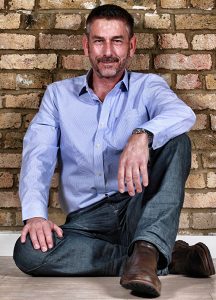 Tim Jones was born in the West Country of the UK – Bristol, there his music career started by learning the violin and piano at his Junior School. Tim always had a great interest in both classical and modern music, and at the age of 10 was playing around with his parents Decca Record Player and spool tape deck at parties!

Today Tim is first a foremost a DJ who loves music and moving the dance floor. Tim’s DJing career began from humble beginnings in the underground dance clubs of Brighton on the UK’s South Coast. Where, working for the fun of it and drinks, Tim DJ’d warm up slots and shared the decks with some of dance-music’s most treasured DJs, including Fat Boy Slim and John Digweed.

From that time Tim has worked with and promoted nights in almost all the main dance venues in London, including past residencies at The Fridge Brixton, playing at the infamous Love Muscle and the after hours Rise clubs, plus Crash, Barcode, Growlhouse at Fire, and now The Eagle London. Most recently every Friday night he headlined Tonker, the busiest and sexiest weekly men only event in Vauxhall. Tonker after 14 years is now moving to a twice a year event across Europe. Tim is still a regular at The Eagle London, one of the best dance club / bars in the UK

Tim has also played at society parties such at Nubo restaurant in London, and various Pride and Bear Community events across the UK and as far away as Malaysia. Where Tim spun at the Malaysian Circuit party Maydaze in Kuala Lumphor, Tim is also a regular at Liquid Club in KL Malaysia.

Monthly Dance Podcasts are now a feature of Tim’s work – being one of the early adopters of the technology with UK DJ Pete Tong. The Podcasts can be found on Apple’s iTunes under the name “Rise and Shine” and now attract a monthly download exceeding 25,000.

In 2004 Tim began working with The Tonker Crew on their one off parties, these proved so popular they had soon set up a regular weekly club in London’s Soho key dance bar – Barcode. Here in 2008 Tim still holds court over some of the freshest sounds along with managed team DJ Paul Coal’s, David Eph and The House Husbands.